What is Giro d’Italia?

The phrase Giro d’Italia might be quite idiosyncratic for someone who is not used to bicycle tours. Giro d’Italia is a multi-stage bicycle race that is held annually chiefly in Italy. It is one of the most globally populargrand tours of bicycling that takes up to 3 weeks and that occasionally takes place through the neighboring countries, fundamentally the European countries. Nowadays, the race has grown to a point that it seeks to meet a variety of objectives and not only for the promotion and increment of magazine sales. 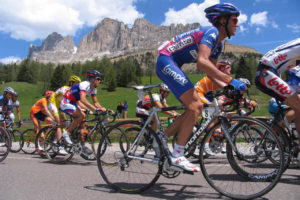 Giro d’Italia was started in 1909 with the sole objective of increasing the sale of La Gazzetta dello Sport magazine. It is however presently run by RCS Sport. Since it was introduced in 1909, the race has been taking place yearly, but for the years of the prevalence of World War I and World War II. As much as the route of the race is dynamic, the format stays the same. Historically, the route of the race has been through mountains of the Alps including the Dolomites and the appearance is at least two time trials. The modern day Giro d”Italia typically encompasses 21 day-long stages. It takes place over a course of 23 days with an inclusion of 2 days for rest. Timing of all the stages is done to the finish. Giro mostly starts in Italy but in history, it has started outside Italy for twelve times. It usually takes place during late May and Early June. The 2018 Giro is set to start outside Italy for the 13th time and it will be the 1st time that is starts outside Europe, where it is scheduled to start in Israel in 4th May 2018. The Giro, together with the Tour de France and Vuelta a Espana, make the Grand Tours.

Who can participate in Giro d’Italia?

Traditionally, the race would involve only participants from Italy but it has evolvedly increased the scope of its participation to riders from all over the world. The teams that compete in this race are predominantly UCI ProTeams, except the teams that can get invited by the organizers. 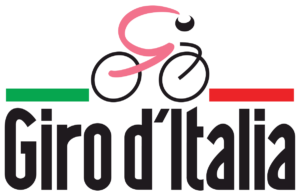 Format of the Giro d’Italia

The Giro starts and finishes in a city. A city pays money for it to host either a start or a finish. For most cases in history, Milan has hosted the highest number of starts and finishes combined. There are different kinds of stages in which the race is held. They stages include: Mass-start stages, Mountains stages, Individual time trial, Team time trial and Stage towns